Swiss economic recovery to continue in 2022

How to succeed in Singapore – five tips to boost your business

Digital assets in the mainstream: what’s next as this asset class matures?

Is Luxembourg poised to become one of the most favourable European jurisdictions for securitisation?

The Bahamas is becoming a new hotspot for offshore investing

The evolution of ManCo

Funds Europe talks to Intertrust’s Anja Grenner and Simon Donne about the rising demand for ManCo services and why Luxembourg is becoming the domicile of choice.
The number of AIFMD third-party management company (ManCo) platforms in Luxembourg has grown rapidly since the directive took effect in 2013. According to the latest figures from Luxembourg’s regulator, the CSSF, there are currently more than 240 ManCos carrying full AIFM licences.

The growth was driven initially by the rush for AIFMD compliance. Since then, increasing investor demand for alternative assets in general and, more recently, uncertainty over Brexit, have contributed to the expansion.

So what is a client looking for in an external ManCo platform? According to Simon Donne, Head of Risk Management AIFM at Intertrust in Luxembourg, its primary role is to provide clients regulatory compliance, with as smooth cooperation between both parties as possible.

“The typical alternative asset manager is focused on raising capital, building the portfolio and managing the assets according to the fund’s investment policy. Fund performance is key, which means controlling fund costs and minimising distractions” says Donne.

“Some larger asset managers have set up their own in-house AIFMs, given that it allows them to retain full control over their funds. However, there are an increasing number of small and medium-sized fund promoters that do not have the scale or resources to deal with the cost and complexity of ever more demanding AIFM requirements”, adds Donne.

“Regulation has become a central feature of the evolution of the ManCo function, as authorities seek to ensure that authorised AIFMs have enough sufficiently skilled people. Getting and maintaining authorisation has become more challenging and we think the entry-level bar has been raised.”

“In addition to scale, clients are increasingly looking for a platform that can combine depositary, central administration and AIFM services in one offering,” says Anja Grenner, Director Funds at Intertrust Luxembourg. The job of an AIFM ManCo is to ensure compliance, but also to add value. One way to do that is to ease the communication and coordination burden between all the involved parties by using one provider that can cover all three roles, ideally in one country.

“And Luxembourg has the right foundation for this,” says Grenner. Not only does Luxembourg have a robust but responsive and well-recognised regulatory environment, it also has the expertise and an experienced workforce in administering and distributing alternative, cross-border funds.

“Luxembourg has so far also been prepared to deal with the capacity concerns that might arise given that the more clients a third-party ManCo takes on, the more staff it has to recruit”, says Grenner. “In addition to the well-established fund administration market, there is a growing transfer of audit and accountancy professionals moving into the portfolio and risk management-related roles required from an AIFM, among others asset valuations. “

As the demand grows, another challenge for the future will be the ability to deal with a wide range of alternative asset classes and to provide a flexible service model that works on a stand-alone basis, as well as with other service providers and counterparties.

This is especially true for the third-party ManCo platforms, given that they could have a range of clients all requiring specialist expertise in everything from asset class to strategy to service model. “Fortunately,” says Donne, “Luxembourg has been growing the necessary skills to serve these demanding and evolving needs to be prepared for the future.” How to use private equity data for better decision-making 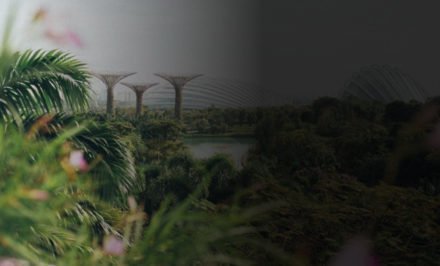 The talent shortage in Singapore prompts questions for fund managers